Getting involved in Parliment

The Australian Parliament represents the Australian people, and makes laws and important decisions on their behalf. The Parliament is interested in the opinions of Australians, who have a right to be involved in this decision-making. There are many ways individuals and organisations can have their say about the actions and decisions of Parliament.Source

In a healthy democracy, citizens can have a say on matters that are important to them. Voting in an election is one way of doing this but you don’t need to wait until you vote in order to participate. You can start making the change in the life of your community right now.Source

The right to take part in public affairs and elections guarantees the right of citizens to stand for public office, to vote in elections and to have access to positions in public service.

Voting The most direct way to have an impact in your community is to vote. All you need to do is enroll. If you are 18 years or older, it is compulsory to be enrolled to vote. However, many Australians – mostly young people – are not enrolled. The Australian Electoral Commission (AEC) believes that half of all 18 year olds, and a quarter of people aged under 25, are not registered on the electoral roll.

History of Voting
When an election comes around, all Australians over the age of 18 will have the right to vote. But it hasn't always been that way.

The Voice of Vote

During the 20th century vast changes occurred in attitudes towards human rights – the right to equality for all citizens and the right of nations to determine their own futures.At the turn of the 20th century Australia regarded itself as a ‘white’ society and ignored the rights of Aboriginal and Torres Strait Islanders in the development of its Constitution. At the same time in the international arena, many African, Pacific and Asian nations were ruled by European nations which denied citizens’ rights in their colonial possessions.Source

Three friends influence a council into creating a skate park for young people. Does your council have an area where young people can engage either in physical activity or a place where they can share ideas? Is this something that is needed in your local area? What would be the impact on young people and the rest of community?Source 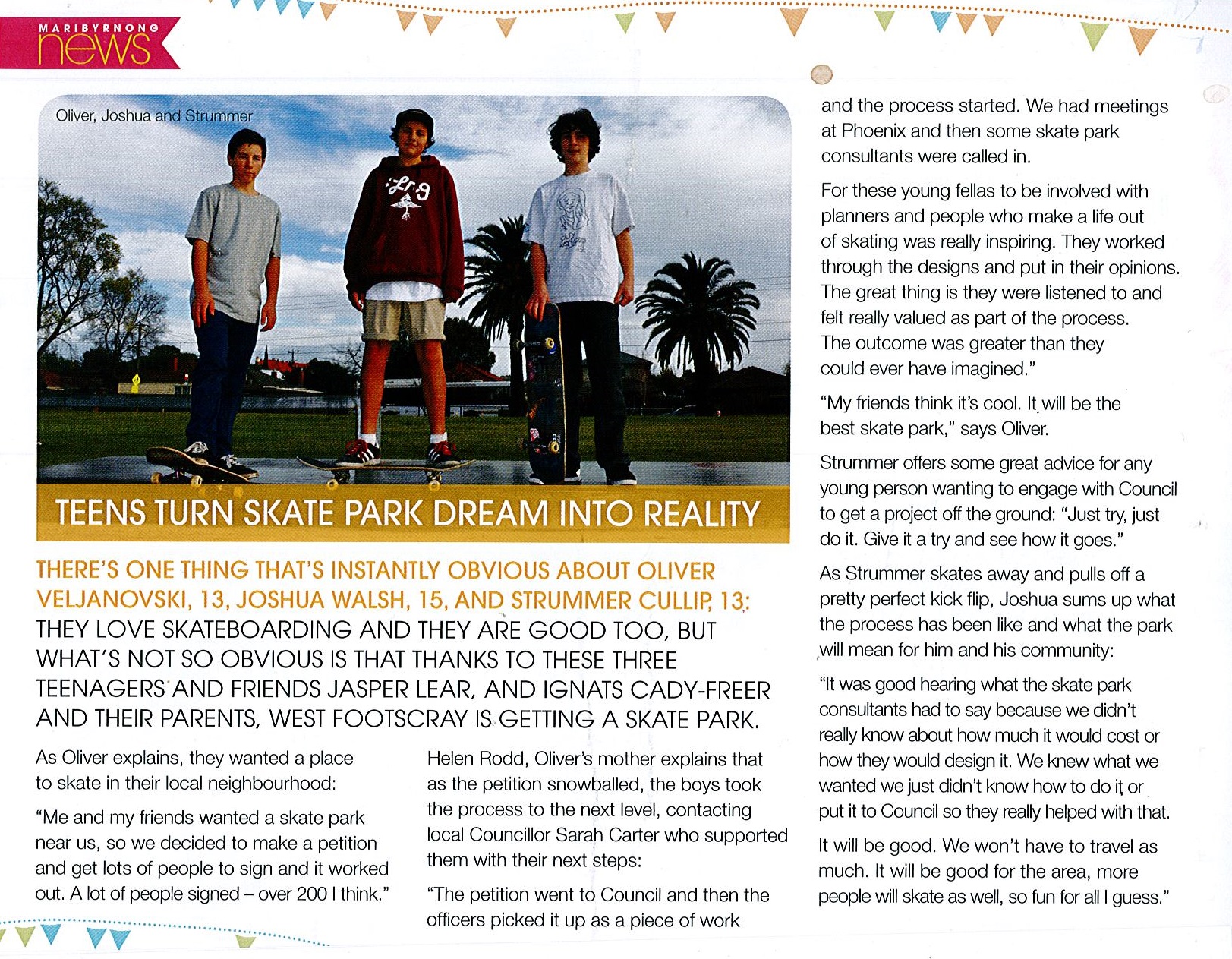