The population of ancient Egypt was divided into groups of people with different jobs and responsibilities to society. These social classes were structured as a pyramid with six levels. This social pyramid shows the levels of each social class in terms of importance.
The two top levels, the Pharaoh and Government Officials, were the most powerful and wealthy. The bottom level, the peasants, were the largest social class and were the workers that were the farmers and construction workers. 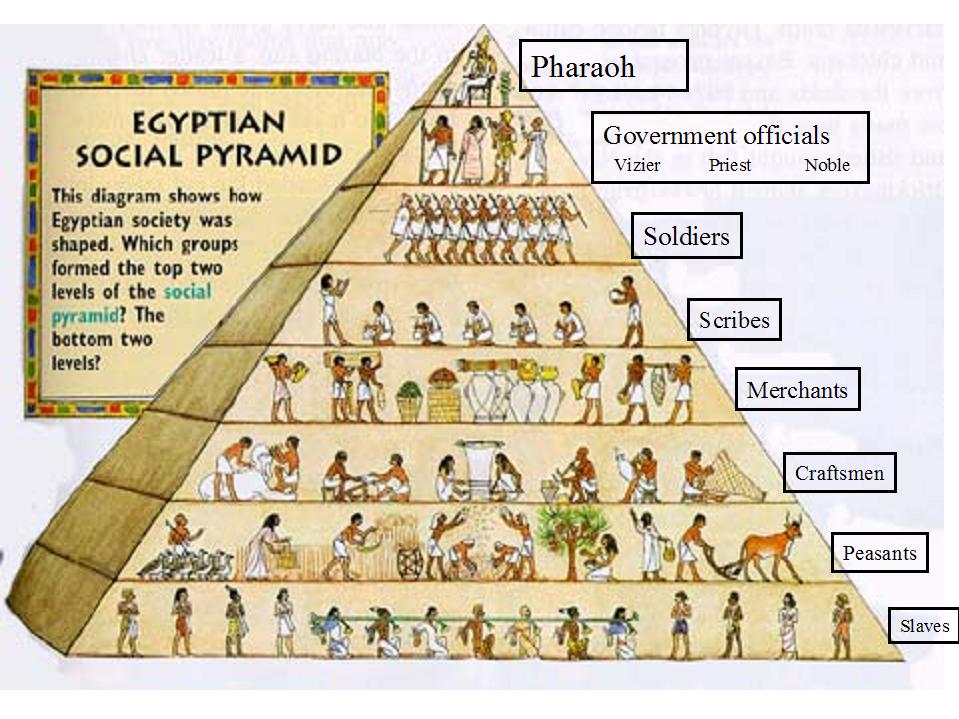