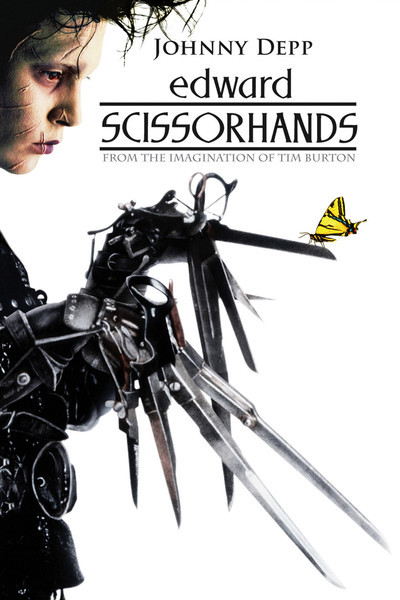 The director Tim Burton wages a valiant battle to show us new and wonderful things. In a Hollywood that placidly recycles the same old images, Burton uses special effects and visual tricks to create sights that have never been seen before. That is the good news. The disappointment is that Burton has not yet found the storytelling and character-building strength to go along with his pictorial flair.

That was true even of his "Batman," which was 1989's box office champion, but could have been a better film, I believe, if there had been anyone in it to inspire our emotional commitment. Even comic characters can make us care. Unlike Richard Donner's original "Superman," which actually had a heart beneath its special effects, Burton's "Batman" occupied a terrain in which every character was a grotesque of one sort of another, and all of their actions were inspired by shallow melodramatic motivations. 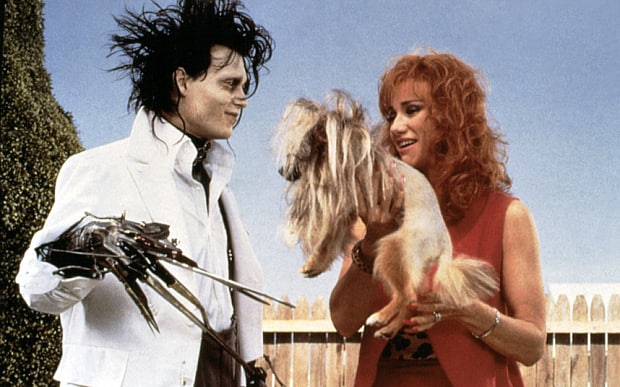 A wild-haired eccentric arrives in town and demonstrates an extraordinary creativity – now where did movie wunderkind Tim Burton (wild-haired, deeply eccentric) get the idea for Edward Scissorhands?

Certainly, Burton's modern fairytale has an almost palpably personal feel: it is told gently, subtly and with infinite sympathy for an outsider who charms the locals but then inadvertently arouses their baser instincts.

Not that any subtlety applies to the wonderful look of the film, with its Addams Family-style mansion plonked on the edge of a pastel-hued American suburb, where the husbands go to the office at exactly the same time, and the wives bake apple pies and gossip over the garden fence.

Then there's Edward himself, one of the most memorable figures in modern cinema: strapped to the throat in S&M black leather, deathly pale, sad-eyed and eyebrowless – and blessed with a terrifying array of razor-sharp blades instead of hands.

He is brought into the community after clueless Avon lady Peg (Dianne Wiest), desperate to make a sale, finally tries the forbidding house on the hill and finds the incomplete creation of a recently deceased inventor cowering in the corner like a frightened animal.

Initially, the neighbours are intrigued and friendly and amazed by Edward's talents (fantastical topiary, hairstyling, salad-chopping). But, as they get to know him - and as he falls for Peg's doe-eyed daughter Kim (Winona Ryder) – lust, avarice and jealousy blossom darkly.

Johnny Depp is sensational in the lead role, summoning anxiety, melancholy and innocence with heartbreaking conviction. And it's all in the eyes: his dialogue is cut-to-the-bone minimal.

Burton's vision, for all its sadness, is laced with humour and humanity. Like all true fairytales it bears endless repetition.