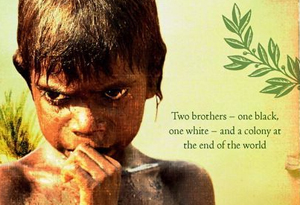 The novel Nanberry, Black Brother White by Jackie French is about the First Landing in Australia or 'New Holland' as it was named in 1789. It is about the new colony 'at the end of the world'  fighting for survival, and a young Indigenous boy Nanberry,  and the relationship between him and his adopted father, Surgeon John White. It depicts the hardships this minuscule colony had to overcome and the tough relationships between the native and white people. This unforgettable journey of Nanberry trying to find his place in society is an accurate description of what would have happened when the English invaded a new land at the end of the world.

Don't you love it when people say they quite literally couldn't put a book down and you sort of think to yourself "yeah... right... it may have been good but you DID put it down at some stage...". Well, I'm here to tell you, I quite literally could not put Jackie French's latest book - Nanberry - down.

Admittedly, I did read it over two days, so yes, I did put it down to sleep at one stage, but all other times, that book was in my hands constantly, even as I went about other vital human processes (like making cups of tea). The book simply enveloped me.

Diary of a Wombat - Reading

Diary of a Wombat is an award winning book by Jackie French. In the video below, she reads the book to a group of children. 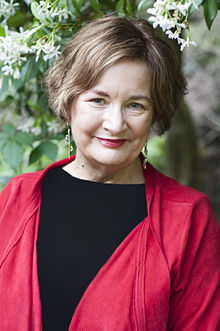 Jacqueline "Jackie" French is an award-winning Australian author who has written over 140 books and has won more than 60 national and international awards. She is considered one of Australia's most popular and awarded children's authors, writing across a number of children's genres including picture books, history, fantasy and history fiction.

Other well-known books by Jackie French

In the novel Nanberry, Black Brother White, there are numerous signs of racism, particularly towards Nanberry. For example, Nanberry was treated as a vermin by most people in the colony even when he was the foster son of a doctor. People were also shocked at Nanberry's ability to speak, dress and act an Englishman. This body language and general ignorance was only because of the colour of his skin, and one of the most obvious racist gestures in the novel.