The Spanish Conquest of the Americas: Tenochtitlan

Tenochtitlan, the capital of the Aztec empire, was founded by the Aztec or Mexica people around 1325 C.E. According to legend, the Mexica founded Tenochtitlan after leaving their homeland of Aztlan at the direction of their god, Huitzilopochtli. Huitzilopochtli directed them to build where they saw an eagle perched on a cactus, eating a snake. When they saw this exact scene on an island (located in what was once Lake Texcoco), they interpreted it as a sign from their god and founded Tenochtitlan on that island. Read more 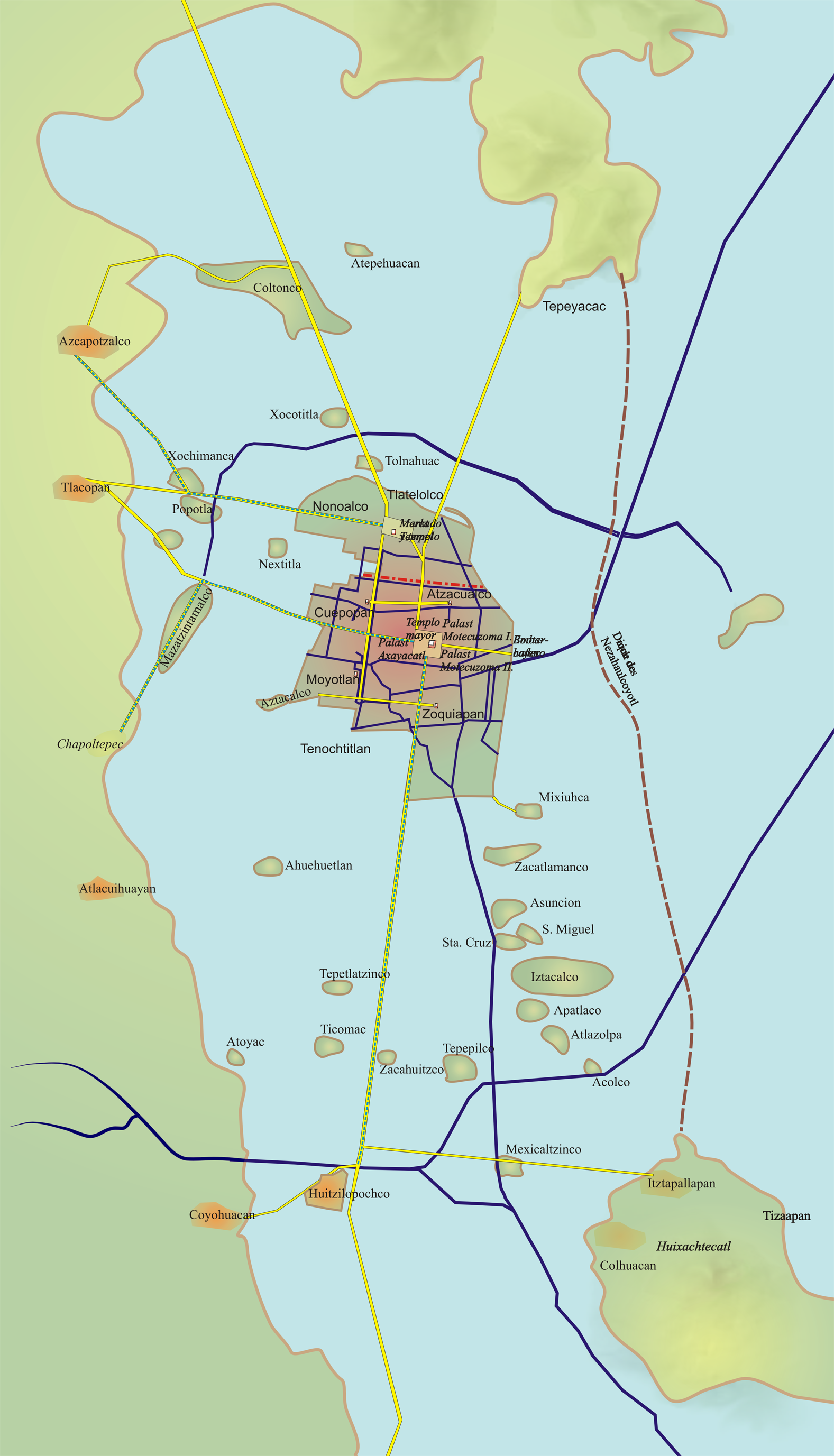 Tenochtitlan was the capital city of the Aztec Empire. It was located on an island in Lake Texcoco, in the Valley of Mexico.Tenochtitlan’s area is estimated 8 to 13.5 square km , and located on the western side of the shallow Lake Texcoco. It was founded in 1325 on a muddy island in the lake. Aztecs settled there. Tenochtitlán had a population of more than 200,000, when the Spaniards arrived. Today the Tenochtitlan are located in the central part of Mexico City.

The Sun Stone (The Calendar Stone)