Invictus is a 2009 biographical sports drama film directed by Clint Eastwood. The story is based on the John Carlin book Playing the Enemy: Nelson Mandela and the Game That Made a Nation about the events in South Africa before and during the 1995 Rugby World Cup, which was hosted in that country following the dismantling of apartheid. It celebrates Mandela’s remarkable determination to work with, rather than against, his former enemies as he built the new multi-racial South Africa.

The title refers to the Roman divine epithet Invictus and may be translated from the Latin as "undefeated" or "unconquered". Invictus is also the title of a poem by British poet William Ernest Henley (1849–1903).

Actor Morgan Freeman portrays anti-apartheid activist and former South African president Nelson Mandela. Set just after the fall of apartheid and during Mandela's first term in office, the film focuses on one aspect of Mandela’s first year in office—his insistence on embracing former enemies and leading by example the difficult reconciliation process in South Africa.

The film retells a particularly significant period in South Africa’s history in a way that engages more subtly with the idea that a powerful narrative can change and unite a nation. The film shows how Mandela created a new ‘story’ to bring the white minority together with the black majority and commit them all to a common goal to ensure a reconciled future despite their divided and separated past. Mandela’s belief that for reconciliation to begin ‘forgiveness must also begin here’ were words which defined his key, and at times controversial, political approach. His desire to create new stories of unity is shown in this film to be emblematic of his leadership style. 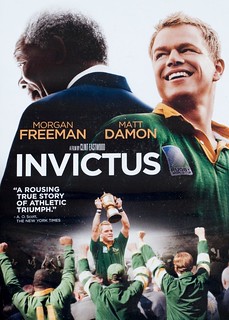