The action of Invictus is set in Cape Town, Pretoria, Durban and Johannesburg in the immediate post-apartheid period in the early 1990s. The opening montage shows F W de Klerk announcing the release of Nelson Mandela from prison in 1990 and the newly-enfranchised non-white majority voting in 1994. The context for Invictus is South Africa between 1990 and 1995. Mandela had been imprisoned in 1963 when the country was ruled by an Afrikaner-dominated white-minority government. As leader of the African National Congress (ANC), he was a figurehead for liberation movements and for an international campaign against apartheid that involved trade sanctions and sporting bans. After years of being a pariah nation on the world stage, South Africa’s President F W de Klerk announced the dismantling of apartheid in 1990, released Mandela from prison and worked with him to bring about a peaceful transition to majority rule. Many people expected South Africa to descend into civil war, but instead, it instituted the Truth and Reconciliation Commission. The previously disenfranchised population voted the ANC into office in 1994, thus voting for Mandela as President. Mandela had always espoused the idea that in a multi-racial society, all groups should work together for the common good; now as President, he had to show how this could be done. Mandela wore the Springboks jersey and watched the team defeat the All-Blacks in 1995.

The film tells a story based on actual events and real characters, in a contemporary setting; viewers should consider whether to question to what extent it is ‘history’ as opposed to ‘narrative’ and whether this matters. Knowledge of the film’s background history is assumed in many scenes. For instance, it helps to fully understand how the campaign against apartheid in sport grew to be a huge issue around the world. The sportsfield is the setting where men do battle; tension is conveyed by crowds roaring and men grunting. There is also potential ‘war’ in the public political sphere, as we see conflict and threats to his personal safety all around Mandela. For Mandela’s security guards there is tension when he addresses ‘comrade’ ANC supporters, tension when he visits white rugby players, and even tension in the street at the approach of a van; the message for the viewer is that conflict could break out at any time.

A brief history of South Africa

Nelson Mandela is remembered for his legacy in fighting apartheid and helping South Africa seek healing and forgiveness. But what exactly was apartheid? Al Jazeera breaks down its roots and what it was like for South Africans living under the discriminatory policies.

The following documents the dramatic story behind the film Invictus. Follows athletes and activists from around the world who refused to play under apartheid and forced South African teams out of international competitions. 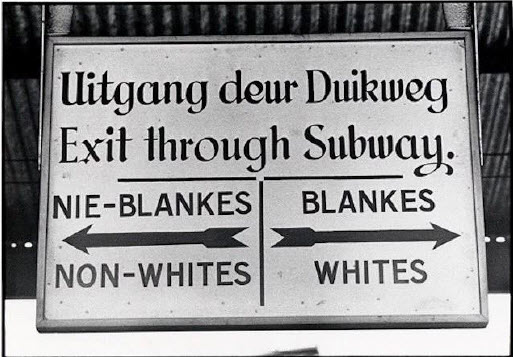 The system of apartheid in South Africa existed in the field of sport as in all other walks of life. No ‘mixed’ sport was permitted by the official organisations which selected teams for international competitions. There were no open trials and competition was limited to whites only. As spectators, Africans, Coloureds and Indians were subjected to rigid racial segregation. Sports arenas had separate entrances, seating enclosures and toilet facilities for non-whites. At some arenas, non-whites were banned altogether.

The international sports boycott of South Africa played a major role in bringing an end to apartheid:

“We understood, as South Africans, the significance of sport for white South Africa. It was like a religion. And if you hit them hard, then you were really getting the message across that they were not welcome in the world as long as they practiced racism in sport.” Abdul Minty, South African exile, British Anti-Apartheid Movement 1959 – 1994

The documentary below showcases the South African "Springbok" National Rugby Team and its impact on South Africa's transition from segregation to integration. It involves interviews with players and political activists along with vintage video.