Ransom is a re-imagining of events and characters from the ancient Trojan War in Greek mythology, as told in Homer’s The Iliad. This epic poem and its sequel The Odyssey are the ur-texts of ancient literature: the first (and some scholars argue, the best) works to survive intact for posterity. They were the original blockbuster action stories: they have influenced virtually all adventure tales, war narratives and heroic journey myths since, and helped shape our own modern ideas of heroism and gallantry. The unifying factor in the art and literature of classical Greece is the focus on humanity, and discovering man’s place in the world. The Iliad considers this in the context of war and religion, as its characters attempt to understand themselves and their gods. Ransom explores this further in a close and emotive examination of some of the key players.

The original myth of the Trojan War began with the prince, Paris. He fell in love with Helen, the wife of a Greek king Menelaus, and carried her back with him to Troy. Menelaus responded by raising a huge armada to force her return. (Over a century and a half later, Christopher Marlowe famously called Helen of Troy ‘the face that launch’d a thousand ships’ in his play The tragical history of Doctor Faustus). Led by Menelaus and his brother Agamemnon, the Greek army laid siege to Troy for nine years but were unable to take the city. The Iliad takes up the story in the tenth year when Agamemnon insulted Achilles by taking from him a slave-girl awarded as a war prize (we begin to notice the position of women being revealed here and the recurring theme of stealing loved ones and being forced to return them). Achilles withdraws from battle, and the Greeks begin to lose until Patroclus takes his place to boost morale, but is cut down in his stead. Incensed with grief, Achilles returns to the fray, finally killing his great rival the Trojan champion Hector and turning the tide against Troy.

It is here in book twenty-four (the final chapter) of Homer’s epic that Malouf intervenes with a new perspective on the story. Like its source, this version intermingles the real and the mythological (Troy was a real place and the site of great war, but even in Homer’s time the pantheon of Greek gods had become symbolic and a narrative device), yet in considering this cultural context, Ransom begins to delicately explore the nexus of the prosaic and the divine, and of history and fiction.

From an article by Dr Kim Edwards, Ransom by David Malouf, Insight Publications 2010.

In Greek mythology, the Trojan War was waged against the city of Troy by the Achaeans (Greeks) The main source of modern-day knowledge of the Trojan War is Homer’s Iliad (written sometime in the 8th century BCE) where he recounts 52 days during the final year of the ten-year conflict. The Greeks imagined the war to have occurred some time in the 13th century BCE. However, the war was also the subject of a long oral tradition prior to Homer’s work, and this, combined with other sources such as the fragmentary Epic Cycle poems, gives a more complete picture of what exactly the Greeks thought of as the Trojan War. 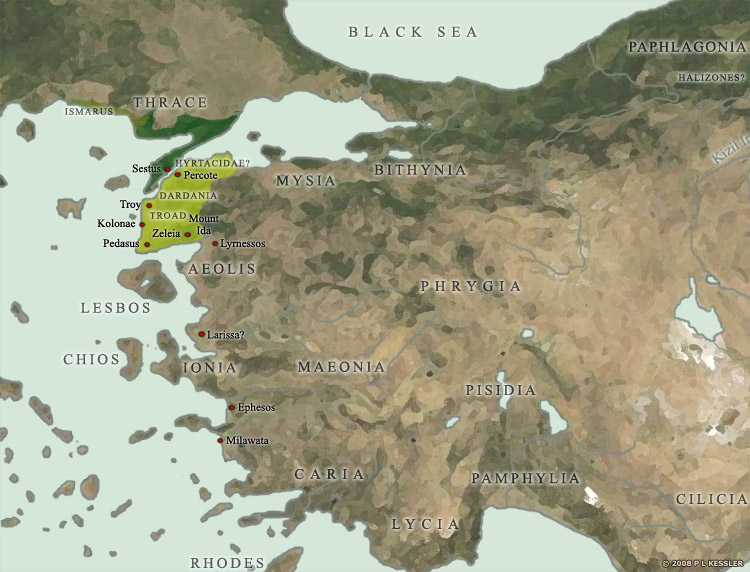